Online End of Winter Sale – Save up to 50% while quantities last!

Like wine, coffee comes from all corners of the world. The soil, climate, and processing methods are all influencing factors that define an area’s unique brand of coffee. One of the largest coffee producers is Indonesia, who’ve been producing and exporting distinct, delicious coffee for centuries. Keep reading to learn about five renowned coffee regions of Indonesia.

Sumatra is not only the largest island in Indonesia, but it’s also the sixth biggest island in the world. It’s situated in the northwest region of Indonesia. Due to its location, Sumatra has the country’s earliest harvest season – November to March.

As far as Sumatra coffee goes, it’s one of the most popular coffee varieties on the planet. Sumatra offers low acidity and a complex flavor profile that many coffee enthusiasts describe as earthy, creamy, and chocolatey. There are several contributing factors to the taste of Sumatra coffee. For one, the island’s fertile volcanic soil attributes to the coffee’s earthy flavor. When it comes to its low acidity, the most significant factor is the process of Sumatra coffee, which is called wet hulling.

At the beginning of the wet-hulling process, farmers remove the outer layers of the coffee cherries to collect the coffee beans. The bean then soaks in water and are laid out to dry. The beans are transported to a mill where they continue to dry. After that, workers put the beans through a hulling machine to remove the parchment skins. Once the parchment layers are off, the moisture of coffee beans is around 35%. The moisture percentage needs to be below 12%, so farmers let the beans dry under the sun until they reach that level. Sumatra is one of the few places that utilize this process, making the coffee all the more unique and sought-after.

If you love coffee as we do, you’re probably aware java is synonymous with coffee. What you may not have known is that Java is an Indonesian island where some of the world’s finest coffee is made. Thank the Dutch East India Company, who brought arabica coffee plants to Indonesia during the 17th century.

Most of Java’s coffee is grown on five government-owned estates: Blawan, Tugosari, Pancoer, Jampit, and Kayumas. All these estates are located on the Ijen Plateau at around 1,300 meters. In recent years, though, smallholder farms in Java have been producing high-quality coffee, giving consumers even more options.

Java coffee goes through the washed coffee [RW1] process. This method gives the coffee a cleaner, sweeter taste as opposed to the earthier flavor of Sumatra. Java coffee is also known for its low acidity, full-body, and notes of molasses, clove, and figs.

Formerly known as Celebes, Sulawesi has six different provinces. South Sulawesi, one of these provinces, is where a majority of Sulawesi’s coffee is grown, specifically in the Toraja highlands on smallholder farms. These farmers mostly utilize the wet-hulling method, but some of them fully wash their coffee beans. Since Toraja is such a mountainous region, it allows coffee to be grown at higher altitudes than the Indonesian islands. This high altitude – up to 6,000 feet above sea level – helps give the coffee a cleaner, smoother finish.

When compared to other Indonesian coffees, Sulawesi tends to be on the lighter side of the spectrum. However, it’s still a strong, bold variation with low acidity and creamy texture. The aroma is nutty and chocolatey, while the flavor provides notes of fruit, dark chocolate, and spices such as cinnamon and cardamom.

Compared to other Indonesian islands, Flores is relatively small, spanning 200 miles from end to end. The island is known for its rich vegetation and is one of the few places where you can see the endangered Komodo Dragon. However, its coffee remains a cornerstone. Most of the coffee is grown in the town of Bajawa is at a height of 1,200 to 1,800 meters. Flores has a rugged terrain with several active and inactive volcanoes. The ashes from volcanic eruptions have created fertile andosols, which are soils perfect for organic coffee production.

Farmers on Flores utilize the wet-hulling process. This method, combined with Flores’ location, gives the coffee a sweet, milk chocolate taste with floral, woody notes and a syrupy body.

Bali is renowned for its beautiful beaches, coral reefs, and yoga and meditation retreats. This tropical paradise provides some of the best coffee Indonesia – and the world – has to offer. A majority of the coffee is grown in the Kintamani highlands, located between the Batukaru and Agung volcanoes. Just like on Flores, the volcanic ash helps keep the soil fresh for growing high-quality coffee plants.

Most farmers use the washed process for coffee beans. This gives the coffee a strong body without tasting too bitter. Flower, lemon, chocolate, and walnuts are typical notes in Bali coffee. Try our Bali Blue Moon Coffee, and see if you enjoy its dark and distinctive flavor. 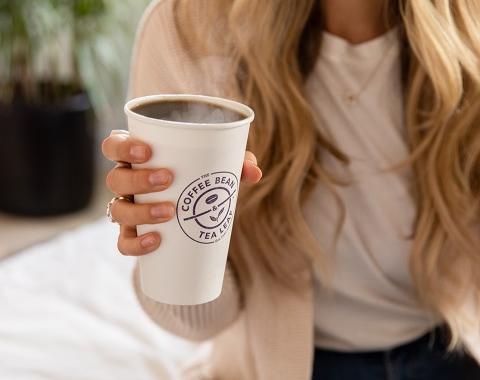 Your Quick Guide to Drinking Coffee on Keto 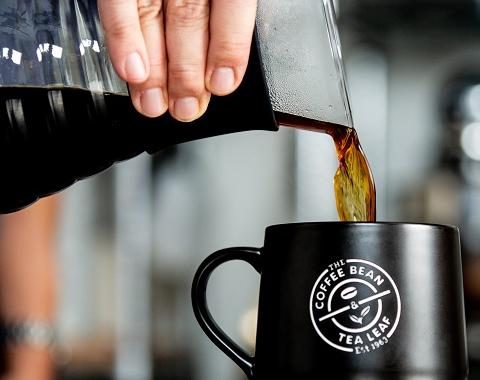 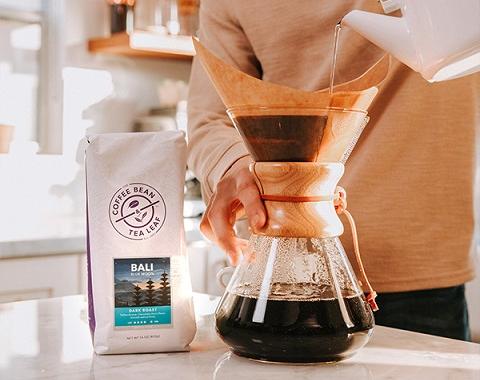